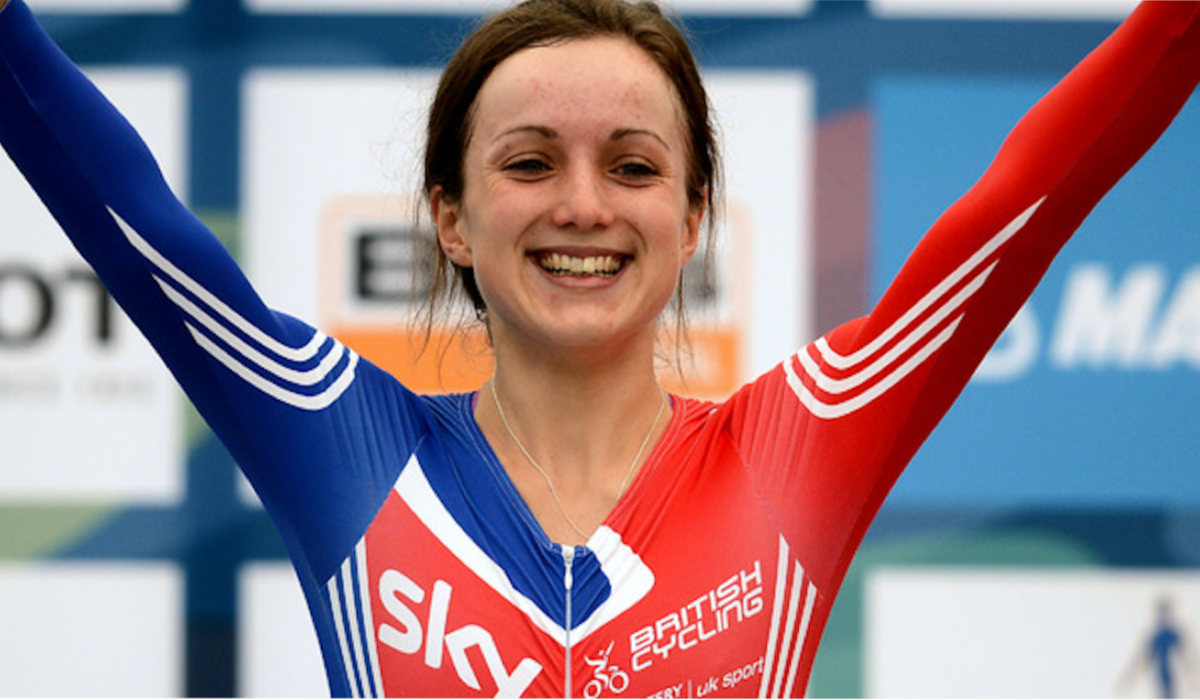 We had the pleasure of speaking to British track cyclist, Elinor Barker, who also rides for the road cycling team Matrix Fitness. At 20 years of age, having made the Junior Team at 16 and on target for the 2016 Rio Olympics, Elinor certainly has an exciting year ahead of her.

We asked Elinor what attracted her to Team Pursuit as her discipline of choice. She mentioned that the training required helps her in all the races she takes part in as you need a combination of speed, strength and endurance. Along with the team aspect of it she also mentioned that this was a race that was in some ways quite predictable in that you can set a distinct race plan for it and follow it quite closely.

On the pressures of being such a young and rising star and coping with the mental side of the sport, Elinor admitted that whilst the competition is running, it can be quite challenging and it’s a common worry that you might be faced with a bad day of racing where things just go wrong and sometimes the aforementioned predictability doesn’t quite transpire:

“You can lay out a plan but if you’re not feeling good and you can’t keep up with the time … then you have to change it. So it’s quite a nerve wracking experience.”

We were curious as to what it’s like having such a disciplined lifestyle compared with the average twenty year old and how Elinor maintains that sense of normality whilst with her friends and family. “Obviously I won’t be going out on a Saturday night” Elinor explains “but I’ll try and see a friend I know, not through cycling, and maybe go for dinner or the cinema”. When we spoke to her she was due to go on holiday with friends from school “we kind of go every year for a break”.

Obviously being a sportswoman comes with its risk of injury although so far so good, reports Elinor, with the most time being a month off since a run in with whooping cough when she was younger. When injury and illness does strike Elinor does admit that “it’s tough to just sit in bed and get better when you want to be out riding your bike and racing”.

On the topic of training, there are plenty of other activities involved in the plan other than time in the saddle. Gym work seems to be high on the agenda of a professional cyclist. Despite finding the gym work quite hard, Elinor has seen some great value in it over time:

“It’s moved me on a lot and I think it’s really important. It’s definitely something a lot more people should consider, in my opinion, alongside cycling training because you can get a lot of benefits from it”

For women who want to get into sport but who don’t know where to start, Elinor advises to try everything you can. She recalls her early days of cycling:

“When I was younger I didn’t think I’d be a cyclist, I definitely didn’t think I’d be a track cyclist. When I started cycling I tried the track a few times and crashed every time I went so thought no that’s not for me, I’ll do road. I was really inspired by Nicole Cooke and I thought I’ll just do road and leave the track and then I pretty much made a career out of a being a track rider…Join up to any club you can find, bring a friend and see if you enjoy it or not”.

In terms of giving track cycling a go, Elinor has one key piece of advice:

“You can get scared that’s fine, as long as you keep pedalling that’s all you have to remember is just keep pedalling. There’s actually a sign on the track that says “Keep pedalling” just incase you forget”.